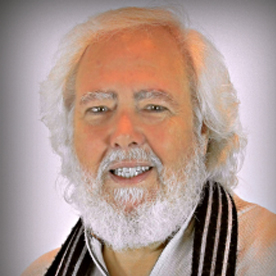 Apostle to the Nations

Axel Sippach is the Founder and Presiding Apostle of EPIC Global Network (E7), based near Seattle, Washington, which officially launched August 28, 2015. EPIC is a grassroots apostolic Jesus movement relationally networking emerging and established ministry and marketplace leaders for the purpose of expanding the Kingdom of God into the 7 mountains of influence through those destined to take their place as Extraordinary People Influencing Culture (E.P.I.C.).

Apostle Sippach has traveled 8-9 million miles in international apostolic ministry since 1985, ministering in 90 nations. Much of the first decade of his international ministry was focused on nations where the church was severely persecuted. He also served for close to 20 years as the Executive Director of the IMPACT Network which was founded by Apostle John Eckhardt.

Apostle Eckhardt says of Apostle Sippach: “I have known and travelled the nations with Axel Sippach for over 25 years and I have seen his passion to advance the kingdom throughout the world. He has trained and imparted wisdom to countless spiritual sons and daughters, and has helped leaders move into their destinies around the globe. He is tireless in his efforts to prepare the next generation to continue the work of building strong apostolic churches, and affecting their regions through the power of God.”

God has also used Apostle Sippach over the years as an apostolic father to raise up numerous sons and daughters in different nations, many of whom are now leading strong churches involved in revival and reformation. His passion is to see young emerging 5-Fold Ministry leaders raised up, equipped and sent to change their generation. He has a strong apostolic and prophetic anointing, and preaches and teaches present truth revelation to prepare the way for revival, reformation, and restoration in the Church of the Lord Jesus Christ around the world.

Apostle Sippach is a sought-after national and international conference speaker, along with serving as an apostolic consultant to churches, ministries and leaders.

He was awarded an honorary Doctor of Divinity degree in 2001. Apostle Sippach resides near Seattle, Washington.