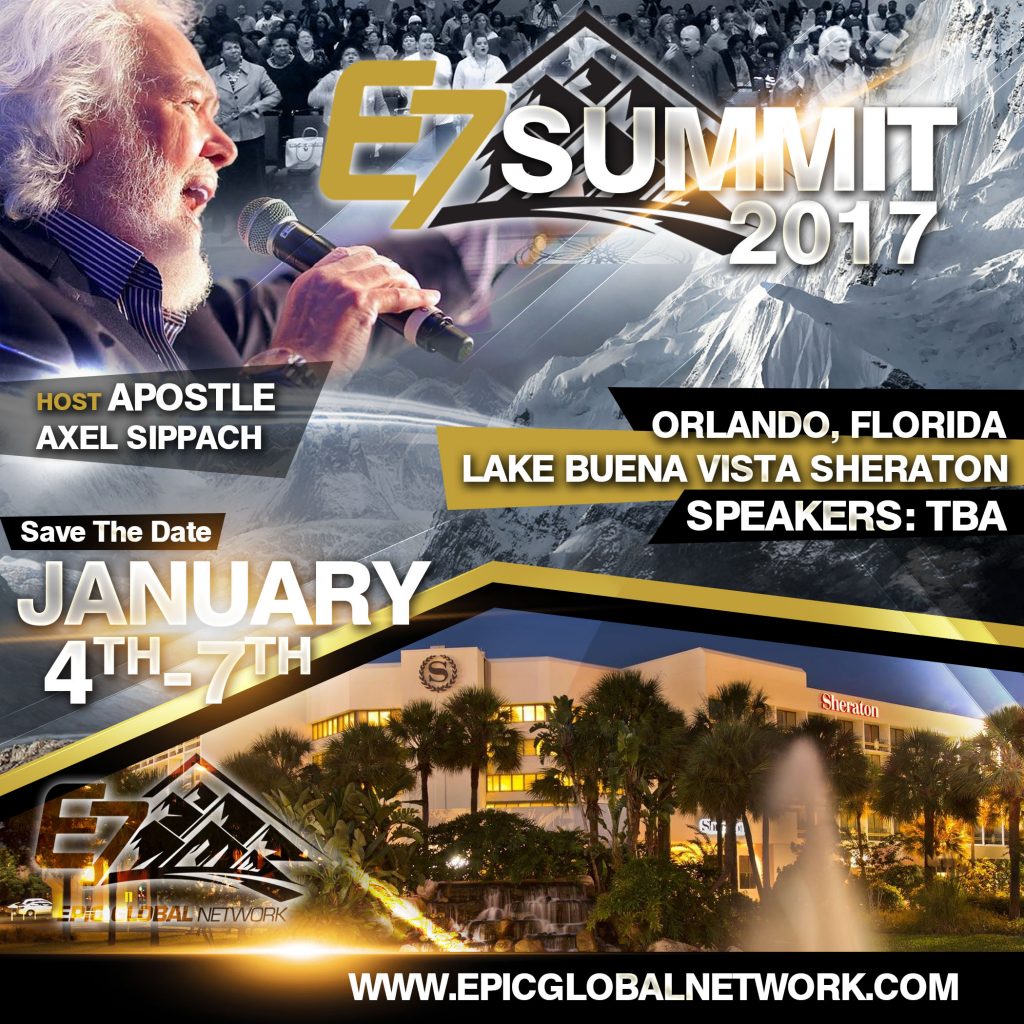 EPIC Global Network’s second annual Summit will be be held January 4-7, 2017 at the Lake Buena Vista Sheraton in Orlando, Florida. I founded and launched EPIC just one year ago on August 28, 2015, and we are seeing great momentum and growth in the US and other nations.

Our first inaugural Summit “A Gathering of Kings” was held this past January at the Tampa/Brandon Sheraton, and was a great success with so many testimonies of lives and ministries transformed. It was a powerful time as we gathered together to hear what the Lord was saying.

The January 2017 Summit will be another time of powerful encounters in the presence of God, with “present truth” revelation flowing from the speakers to include Apostle Ryan LeStrange, Prophet Joshua Giles, Apostle Melvin Thompson, Apostle Yolanda Powell, and Apostle Emmanuel Allen. Secure your seat at the table. We begin Wednesday 7pm and conclude Saturday at 1pm. The 2 morning and 2 afternoon sessions Thursday and Friday and 2 morning on Saturday are by registration only. Day seating format is at roundtables. Evenings are open to the public and will be theater style seating.

Tickets are $149, and a group of 10 registering at the same time will receive a special rate of $95 each – $950 for the 10. Seating is limited so please secure your seat as soon as possible.

The Sheraton accommodations are at a special discounted rate of $129/night plus tax and you may come 3 days earlier or stay 3 days longer at the same discount rate. Room bookings will require an advance non-refundable (but transferable) charge of one night to hold reservation. Discounted rate and group space deadline is December 28. We only have a limited block of rooms, so book soon. www.starwood.com/Book/EpicGlobal