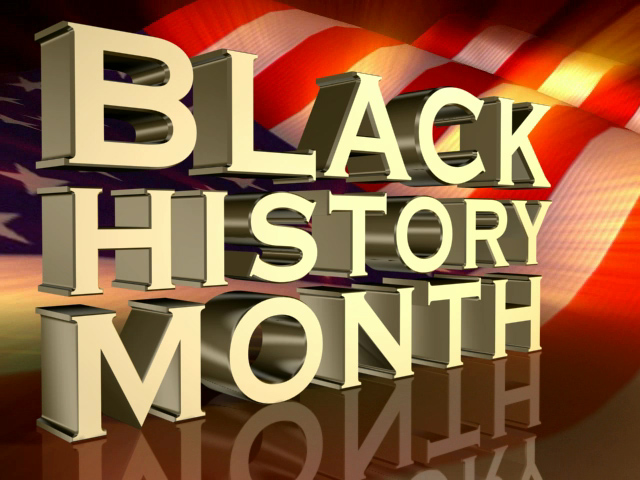 Today is the beginning of Black History Month in the United States, and the title of this post is from a revelation and message God gave me more than a decade ago, and one I preached at Crusaders Church Chicago. “The Resident Anointing in the Black Experience” was perhaps a bit of a strange message for a white guy to preach in a predominately African American church, but one I nevertheless did preach, because the Holy Spirit has stirred it within my spirit. And that was the title He gave me for it.

I still have the cassette tape somewhere, and when I find it, I may have it converted to mp3 format so I can post some clips. I will just try to recap some of the main points from the message here on this post. I began by saying this. If a professional secular white singer got up on a stage and sang a nice secular song, you might say, well, I liked that – that was real nice.

But now what if a Whitney Houston or Patti Labelle get up and sing the exact same song? You might say – what was that? I felt something! The hair stood up on the back of my neck. It stirred something in me!!

But there is no culture like that of African-Americans that originally had the distinctive of “soul” – or The Resident Anointing in the Black Experience. I remember when I first began to travel throughout Africa in 1985. I thought Black Africans would have similar musical expressions as African-Americans. Not so. They do now through years of the exporting of soul and gospel music from America. They had their own unique and rich cultural heritage styles of musical expression which was awesome. But it was not “soul” as the unique expression that has come out of the unique Black Experience of several hundred years of slavery, oppression and struggle.

I don’t pretend to be a Black History expert, or academic historian, but this is what I understand. That a couple hundred years ago, those that were Black Christian slaves on the plantations of the South, while working the fields were not allowed to pray or really sing out loud. I think the slave owners were fearful they were inciting rebellion and made them keep quiet. But deep down inside there a painful groaning and travail to God for deliverance and emancipation.

Romans 8:26 speaks of this. Out of that deep intercession without even being in an intelligible language – except the language of the Holy Spirit, was birthed an incredible sound – an incredible anointing – a deep cry to God for freedom. The Resident Anointing in the Black Experience was birthed – some call it “Soul.”

Out of those deep groans and travail for deliverance, freedom and emancipation came the Negro Spirituals: Go Down Moses – Go Down in Egypt Land – Tell Ol’ Pharaoh – Let My People Go, and so many others like Wade In the Water, etc. Out of that came blues, jazz, gospel, swing, rhythm and blues, rock n roll, Hip Hop, rap, and almost every major musical genre in America. They can all at some level trace their roots back to what was birthed on the slave plantations.

In 1865 emancipation came. God heard the cries of His people. The Resident Anointing in the Black Experience had been birthed on the plantations, and continued as part of the Black Experience in both sacred and secular realms. Most of the greatest secular African-American singers and musicians discovered and had that gift activated as children in the “Black Church.”

The Resident Anointing continued in the culture powerfully. In 1906, a son of Louisiana slaves, WJ Seymour became the greatest apostolic reformer in the church next to Martin Luther, as he believed God for the restoration of the baptism of the Holy Spirit back to the church. At a warehouse building on Azusa Street in Los Angeles in 1906 God tore open the heavens and came down with a Pentecostal Outpouring that is still happening today.

That  “breaker anointing” is part of that Resident Anointing in the Black Experience. The papers first reported the Azusa Outpouring as a “Negro Phenomenon. They said it was just a “black church” thing. But within weeks thousands from all over America came on trains to receive this experience.

Even white ministers from Jim Crow South came and parked their racist behind outside and came in and got filled with the Holy Spirit. It was no longer just a “Black Church” thing. It was for everyone that was hungry. WJ Seymour believed the unity of the races was just as much the fruit of being filled with the Spirit as was speaking in other tongues.

Fast forward to the 1960’s and a Baptist minister named Dr. Martin Luther King begins to tap into this Resident Anointing in the Civil Rights Movement. At the Washington Mall as he is about to deliver his “I Have A Dream” speech, his good friend gospel singer legend Mahalia Jackson leans over to him and says, “Martin – now take us to church.” Measuring out some of that Baptist Church preaching cadence – the Resident Anointing in the Black Experience, he takes a quarter million citizens to church at the Washington Mall. It has become perhaps one of the most well known speeches of all times.

This “anointing” is resident at some level within the culture of a people who have been through a horrific struggle for freedom. It birthed a unique cultural expression unlike any on the planet. It began as movement of the Holy Spirit in and upon slaves on the plantations of the South crying out to God for freedom. It is an amazing expression of the Black Experience.

And do you know what – it is even transferable at some level. A white boy from the projects of Detroit makes millions from it. His name is Eminem. In the late 1990’s I was connected with the largest church in Latvia in eastern Europe, formerly part of the Soviet Union. The loved all kinds of music, but especially Gospel. I was invited to speak in the stadium there for their 8th anniversary service.

I was having phone conversations with Andre Crouch at that time asking him to come with me. He wanted to, but couldn’t get out of a studio project he was doing. But Andre told me something interesting. He said he had been going for years to either Sweden or Norway, working with a choir there, teaching them Gospel. He told me that now, if you closed your eyes and heard these blue-eyed blond-hair Scandinavians sing, you would think they were an African-American Black Gospel choir. So at some level, it is exportable and transferable.

Within the Resident Anointing in the Black Experience is that ability to break things open – to open hearts – to bring freedom and liberty. It came from a place of great pain – but now brings such great joy. And when you couple it with apostolic and prophetic dimensions and anointings of the Holy Spirit – wow – the potential for spiritual breakthroughs is incredible.

The Resident Anointing in the Black Experience – it is one gift among so many that African-Americans have given not only America, but the world. Now when I go to Africa, so many choirs and worship teams have now this “soulful” expression of the Black Experience because of Christian TV and DVD’s exporting it. And when it becomes coupled with their unique cultural expressions – wow, it just enhances their ethnic cultural distinctive.

This is in a nutshell what God had given me about 13 or 14 years regarding the Resident Anointing in the Black Experience. If I find the tape, I will upload some clips in the future. Have a blessed February everyone. I hope that many across America will learn new things this month concerning the tremendous contribution that African-Americans have made to our nation. I for one in so many ways have been greatly blessed.