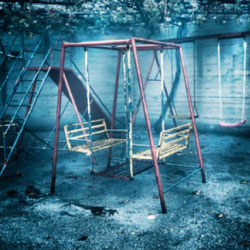 There is an apostolic anointing that will break systemic poverty. Poverty is connected to the fall of Adam. It is a way in which demonic systems oppress and control people, cities and nations.

When Jesus began his ministry, he proclaimed Isaiah 61: 1-2a fulfilled in their ears – that the Spirit of the Sovereign Lord was upon him and that he was anointed to preach to the poor.

I just heard from a young man I had supernaturally met in China years ago and connected with who was from the poorest of the poor family in a rural peasant area. Now he is a successful businessman coming to the States for the first time for a business conference.

After I got that email, I began to think about all of those over the past 30+ years the Lord had connected me with from the poorest of the poor in challenging conditions, who today are successful, prosperous and blessed in ministry, business, government or other marketplace leaders.

The apostolic anointing, prophetic ministry, encouragement, discipling, teaching, fathering dimension,etc. of what God had put in me as an apostle when released to these young people, set them on a path of blessing and success as it activated their destinies and gave them the confidence to know they could do it, and that their situation would change.

I believe in this season God will have more apostolic leaders discover the power of that anointing to break systemic poverty. Unfortunately, there will be some “apostles” who will take advantage of this to take advantage of the poor, and they will come under the severest judgment of God if they do not repent.

I believe locked up within the mystery of this glorious apostolic anointing are the possibilities of releasing so many incredible blessings of the Kingdom including Shalom – peace and prosperity.

PrevPreviousWHAT IS THE 7 MOUNTAIN MANDATE?
NextOCCUPY BABYLON – BECAUSE YOU ARE 10X BETTERNext